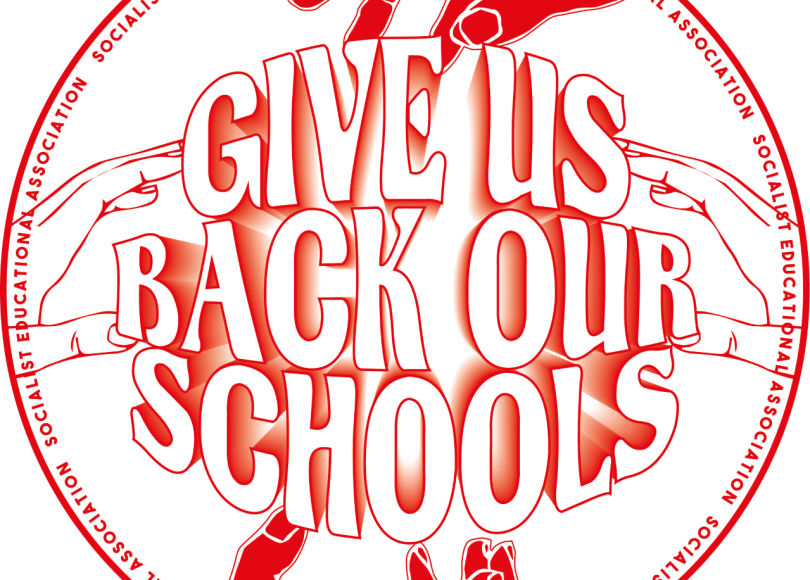 The recent election results show that Labour needs to carve out a sharply focused alternative vision to the Tories so that voters have a clear understanding of where we stand. We should not be afraid of taking on the vested interests they have created either. These powerful groups and individuals, who are often Tory donors, act for themselves not for the new voters the Tories claim they are delivering for. There is no area of policy where this more evident than in education.

The Tories have a cleverly worked out strategy, which does not appear to be recognised by Labour. It has also developed the necessary mechanisms to implement it. Under the cloak of market choice, they are putting in place the exact opposite: a highly centralised, heavily monitored, authoritarian schools’ system where space for autonomy and innovation is very limited. The aims are clear. First, establishment notions of what is the greatest that ‘has been thought and said’ will be passed down, whilst excluding alternative perspectives, thus closing the ‘cultural capital’ gap. Second, opportunities for pupils to think for themselves and contribute their own creativity will be limited. Third, the system will select those deemed worthy of a place in the establishment by implementing a series of academic examinations and tests in which grades are rationed. All this is to maintain long term Tory hegemony.

Gove’s initial steps down this road were to redesign the National Curriculum very much in the Tory mould, with factual knowledge taking pride of place. Also, what knowledge would be taught was highly political and subject to ministerial whim. For example, post war modern history was to start in 1951 rather than 1945 so that the achievements of Atlee’s Labour government were omitted. Lucy Powell, shadow education secretary at the time, said , ‘Under the Tories we’ve seen parts of the curriculum personally drafted by the education secretary and then circulated for sign-off amongst cabinet ministers, each making a case for their own pet project to be included.’

Alongside curriculum reform came structural changes sold to the public as the market driving up standards and promoting variety:- ‘My view is we should encourage innovation and choice by ensuring that as many schools as possible are academies or free schools,’ said Gove in 2011. The push towards mass academisation has not been popular though and his successor Nicky Morgan pulled back from forcing more schools into line.

As Multi-Academies Trusts (MATs) grow in size the myth of more choice and innovation is becoming apparent. The freedom to design their own curriculum is in reality limited. OFSTED insists that academies who stray from the National Curriculum must display the same ‘breadth and ambition’ as the National Curriculum. This, together with national exam/test specifications to which state schools, unlike the independent sector, have to adhere to, ensures most academies tow the line. Often MATs are in the forefront of developing teaching materials to support the National Curriculum. The promise of a range of free schools is also a myth with two thirds of them affiliated to MATS.

OFSTED’s new framework is nothing less than a. straight-jacket to ensure schools enact the government’s agenda effectively. As soon as Amanda Spielman, a non-teacher executive with Ark academies, took over, she started to push the importance of ‘inspecting the curriculum’. Now inspectors arrive in schools brandishing copies of the National Curriculum, checking schemes of work, and ensuring pupils are learning what they are supposed to be. The quality of teaching is no longer part of the picture. Ofsted instead checks the curriculum is ‘effectively sequenced’, that pupils regularly revisit past learning to ensure it is embedded in long term memory and that they ‘know more and remember more’, an impoverished definition of educational progress they appear to have plucked from the air.

Most recently the government has parked its tanks on the lawn of Initial Teacher Training (IIT) and continuing professional development (CPD). The first section of the new core framework entitled ‘High Expectations’ is about the teachers’ role in controlling behaviour, another Tory fetish. ‘How pupils learn’ is all about the role of memory and how best to ensure pupils commit knowledge to it. ‘Regular purposeful practice of what has previously been taught can help consolidate material and help pupils remember what they have learned. Requiring pupils to retrieve information from memory, and spacing practice so that pupils revisit ideas after a gap are also likely to strengthen recall’. This is a recipe for a pedagogy based on transmission of knowledge through explanation followed up by barrages of tests and quizzes. The child and their development are totally missing from the framework.

These changes have been made possible by relying on a small coterie of people who control the system. Sam Twiselton one of a tiny number of academics the government listens to, sits on a plethora of advisory groups, including advising OFSTED, and MAT trusts. Similarly, MAT officers are playing an increasing role in shaping delivery through representation on OFSTED advisory groups, catch up panels, ITT advisory groups etc. It is a closed shop which has excluded mainstream and left-wing opinion (Gove’s ‘blob’) altogether.

Williamson’s recent move to force or cajole more schools into MATs is entirely logical. The response in Kate Green’s speech to the Confederation of Schools Trusts (CST) is bound up in contradiction because of her ambivalent position on structures. On the one hand she is rightly criticising the school system:-  ’our school system is fragmented, opaque, and over-complex – to the detriment of pupils and wider society. Instead of one school system we have several’. On the other she calls Williamson’s efforts to pull more schools into MATs as ‘heavy handed’ and ’top down’. All he is doing is centralising further and enabling more effective delivery of his agenda. The MATs are an ideal mechanism because they are arm’s length and the DfE does not have to take direct responsibility if like the recent events at Pimlico Academy, things go embarrassingly wrong.

Labour has no alternative now but to comment on structures. Will Kate Green support schools forced into MATs against their and their community’s will? She has ruled out a fragmented hotch-potch of schools. How will she bring coherence back? The Tories are delivering a highly ideological right-wing education programme and have commandeered the necessary structures to do so. There is considerable opposition to the current nature of the curriculum, assessment and rigid pedagogy from a range of stakeholders. Kate professes to wanting to change curriculum content and assessment methods. In order to do so she will need to tackle the school structures and those currently in control of them. This is why the SEA (Socialist Educational Association) is launching a campaign to defend current Labour conference policy and return all schools to newly democratised and properly resourced local education authorities.