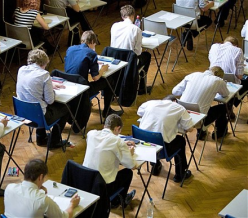 Cambridge University has urged schools and colleges to continue offering AS-levels to their Year 12 students, despite the ‘devaluation’ of the qualification by former Education Secretary, Michael Gove. The leading university says the exams provide a ‘strong measure of applicants’ recent academic progress’. The current situation is that A-level candidates will no longer sit exams after one year and will instead be tested at the end of their two-year course and the AS-levels will become a separate qualification. Many organisations have criticised this change and have urged ministers to re-think this policy. Dr Mike Sewell, director of admissions for the Cambridge colleges, says: “We strongly encourage potential applicants to take AS-level examinations in at least three, and preferably four, subjects, whether reformed or not, at the end of Year 12. AS-levels taken in four subjects can provide an extremely useful, externally assessed exam that will avoid schools and colleges having to resource and run their own internal mocks.’ You can read the full BBC story here: http://www.bbc.co.uk/news/education-29914310