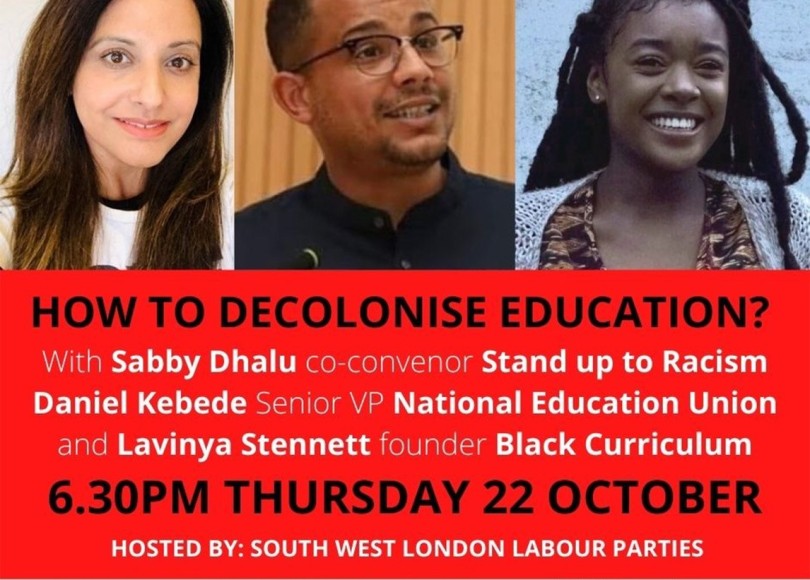 The SEA would like to advertise this upcoming online event hosted by Labour in the Community West London via Zoom.

“The Black Lives Matter movement has sparked a wave of national action and debate around racism and the experiences of black people in the UK. Britain was the first modern imperialist nation – the Empire on which the sun never set. While the sun has set on its empire, the attitudes that were promoted to justify its domination persist. A third of people still believe that the British Empire was a good thing – should we challenge such views and how? These views undeniably relate to school curriculums and how they address our history, including how this legacy has continued to reinforce racism. Africa and India may have been decolonialised, but our school curriculums haven’t been. What’s more, the Tory government is hostile to any such decolonising.\

Local Labour Parties are organising this event to discuss what a decolonized curriculum would look like, how we could do it and wider issues raised. Speakers include Sabby Dhalu: Secretary of Stand Up To Racism and Daniel Kebede: Senior Vice President of the National Education Union (NEU). After the speakers, there will be an opportunity for general discussion from the floor.”

Background reading to inform the discussion.